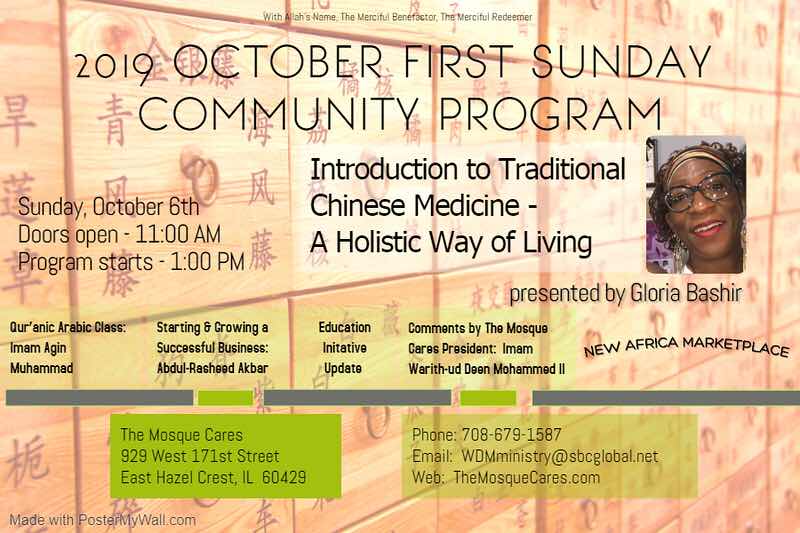 The Ministry of Imam W. Deen Mohammed truly appreciates all of YOU: planning committee members, supporters, volunteers, participants and guests who contributed to and attended this year's 30th Annual Muslim Convention, helping make it one of our best yet.

The weekend was a celebratory yet productive, interactive, high-energy occasion. Although we are without the physical presence of our dear beloved leader, mentor, teacher and friend, Imam W. Deen Mohammed; his leadership is very much in our spirit, vision, perspective and hearts.  The numerous community events and workshop sessions focused on leveraging Imam W. Deen Mohammed’s 40+ years of leadership, his Quran Tafsir and our community’s extensive knowledge and experience.

As is tradition, the convention started on Friday with Jumuah and ended with an outstanding Culture Night Event!  Throughout the weekend, registrants were able to attend interactive, informative workshops, community forums, and annual events including the Annual Awards Banquet, Business Breakfast, Fashion Show and State of the Ummah Public Address, Tribute to Believers In Uniform and Community Breakfast.  New Africa Marketplace featured exhibitors from across the country showcasing their brands, products and services, all under one roof.  Our tech ambassadors met with vendors to review digital solutions they can use to increase their online footprint.

The Annual Muslim Convention Concept, designed by Imam W. Deen Mohammed is a catalyst for growth and an opportunity enabling us to gather, unite and share different perspectives, knowledge and skills. This event underscores Imam W. Deen Mohammed’s platform and fuels our collective mission of advancing and building our community life.  G'd Willing we will succeed Together.  Imam Mohammed laid a firm foundation for us and we appreciate your renewed Commitment to support his Mission and Ministry for social and economic justice for all people.

We thank you again for your support of this worthy cause, and we pray The Merciful Allah continues to bless and guide our community always.

Program Photos and Video will be posted soon G'd Willing

Eid-ul Adha will be held at The Mosque Cares Sunday August 11.  Looking forward to seeing you all! 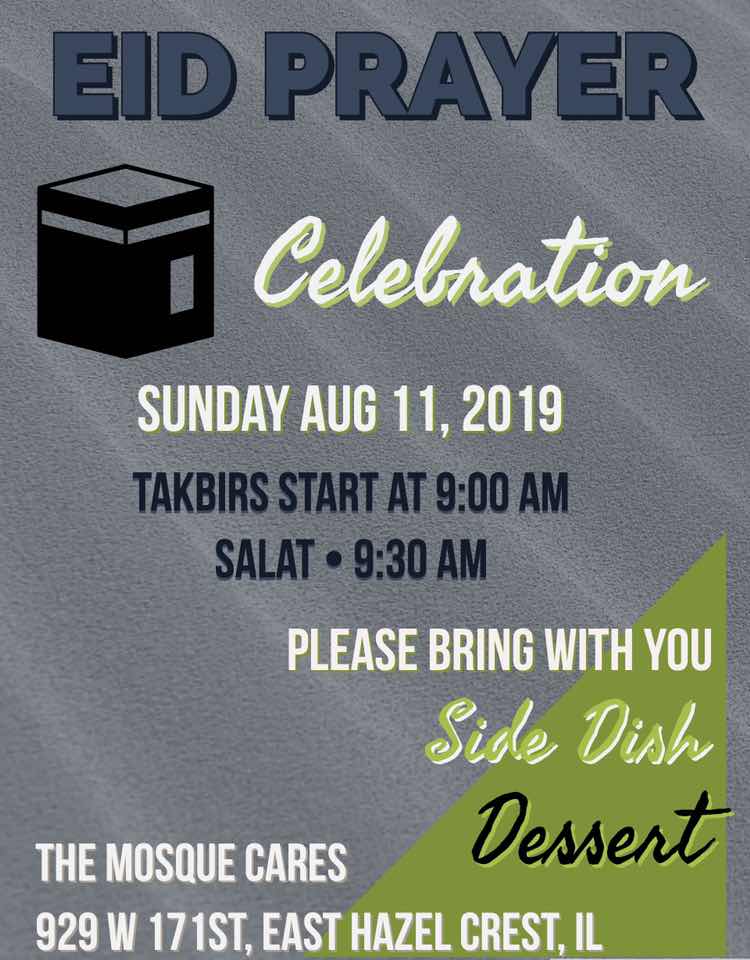 Join The Mosque Cares in congratulating Dalilah Muhammad on setting a new world record in 400 hurdles at U.S. Outdoor Championships • Alhumdullilah! We are very proud of her and stand with her and her family in celebrating her success. We were honored to have Sister Delilah as a speaker during the 2018 Annual Muslim Convention Public Address • Click to view her comments  May Allah bless her with continued success. 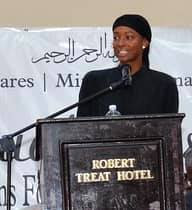 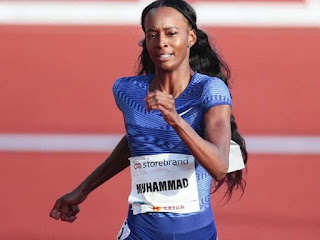 Councilman Imam Alfred Mohammed will be traveling to Chicago this Sunday for his Public Address “Saving Our People” at The Mosque Cares in East Hazel Crest, IL
(929 West 171st Street) • All Public are welcome 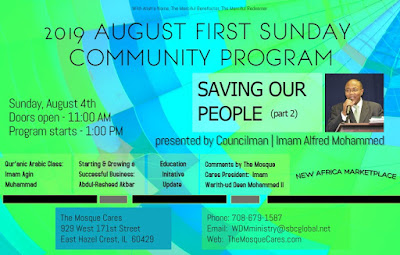 Join The Mosque Cares Sunday July 7th to celebrate New World Patriotism Day.  The event is free but donations are welcome https://www.paypal.me/TheMosqueCares
This annual tradition established by Imam W Deen Mohammed began July 1977.  "Patriotism as we know, is an element in the social life of all people and we are all patriotic. The element of patriotism is always with us, but patriotism changes for us and sometimes we don't see or we don't identify the new patriotism. The old patriotism is still with us in our conscience so we don't identify the new patriotism. What I mean by New World, is the unfolding or revealing of something that was with this country when the Founding Fathers wrote the Constitution. That desire for a world wherein all the good human aspirations would be respected by the nation and by the people of that nation, and that no one would be denied the free expression of his noble human aspirations and he would be able to pursue those aspirations.  That kind of environment doesn't come until moral freedom comes. That is, when people are able to express freely what they feel in their moral sentiments. This, to me, is the greatest difficulty for a society; to let the moral goodness just come out freely from all of the people. And I believe that the hurdles that we have come over; the hurdles of racism and now materialism are now dying. Materialism and racism are still in the world, but I believe the "spirit" of the American people now is not racist and is not materialistic, and I am sure that what we are coming into now is the New World. That world that the founding fathers anticipated; the New World that is suggested in the lines of the Preamble to the Constitution that says that "All men are created equal and are endowed with unalienable rights." This concept of man and the concept of the State being a State under G-d a state respecting G-d is really a way of saying or a way of expressing something else. That is, the need for the proper respect for individuals, for each and every individual regardless to his moral, religious persuasion; the respect for each individual. And when we see all beings as the creation of one G-d, and a nation and its people accountable to a G-d, then in that kind of thinking we have respect for each individual. We have a kind of sacred respect for each individual. By New World we mean trying to help that spirit come to birth that has always been in the country. It is in the Constitution and it always has been in the country, but it has been overlooked and ignored, and even suppressed.  And now, I see the climate is right for the rebirth of this kind of respect for human beings, a sacred respect for human beings, for human life, for human aspirations." Imam W. Deen Mohammed 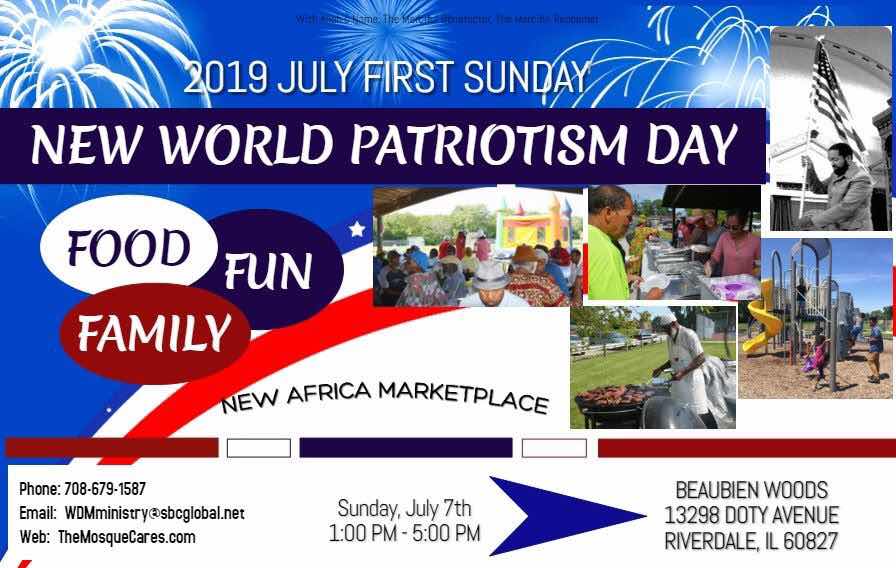 The Mosque Cares Mourns the Passing of Imam Qasim Ahmed

With heavy hearts, the Ministry of Imam W Deen Mohammed [The Mosque Cares] mourns the passing of our dear beloved Brother, Imam Qasim Ahmed. We ask you to join us in making a special Ramadan dua for him. May Allah SWT shower him with His Mercy and Forgiveness and grant him Paradise; may He the Exalted grant his family patience and endurance.

Janazah prayer will be offered at Masjid Warithud-deen Mohammed [Houston, TX] this Sunday at 10 A.M.

The Ministry of Imam W Deen Mohammed wants to thank all of the Ramadan Session presenters, attendees and supporters!  Thank you for supporting the vendors in New Africa Marketplace.   CLICK HERE TO VIEW PHOTO GALLERY


The Mosque Cares sponsored Ramadan Session was established over 25 years ago by Imam W Deen Mohammed.  This year's intensive study weekend focused on a theme of Prophet Muhammad (PBUH): The Leader for the Modern Times.   During the three days, attendees heard informative and exhilarating presentations which inspired a frenzy of side conversations. We witnessed presenters speak on Allah’s signs which were shared in such an eloquent and beautiful manner, the entire room was on their feet with cheerful joy and giving hugs and expressing their love and joy of Allah and His Messenger on the occasion of the session.

With your support, The Mosque Cares continues this annual tradition with a goal of sharing Imam Mohammed's deep insight into scriptural language.  The Ramadan Session has continued to mark our focus on spiritual growth and development as we seek to understand our most sacred obligations as Allah's highest creation.
We thank Allah for the opportunity to serve, and pray Allah continues to inspire and motivate us.
** program video will be posted soon Insha Allah
at May 27, 2019